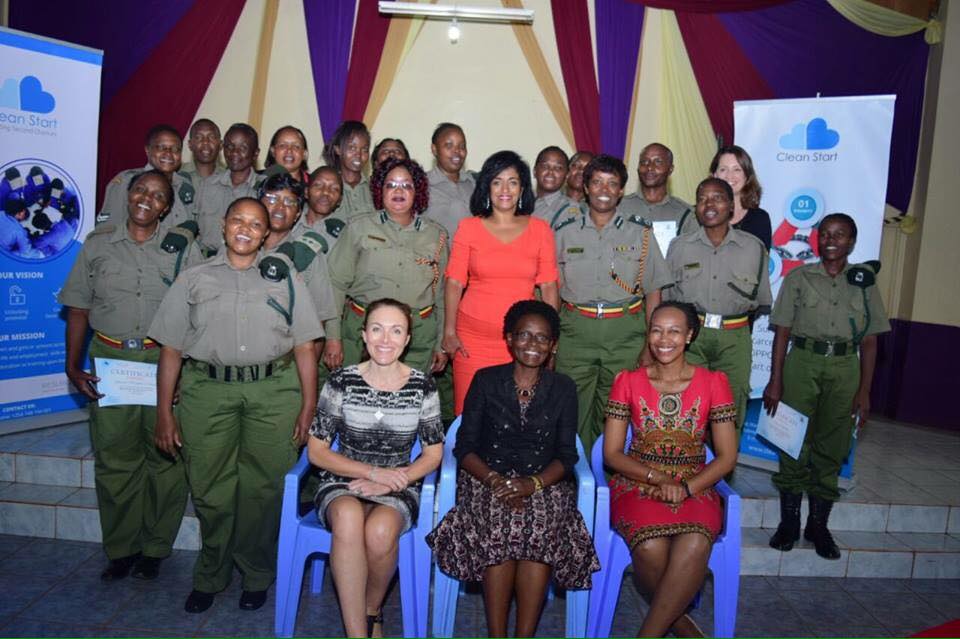 At the launch of Spear in Langata Prison, Kenya, the Regional Commander of Prisons said, “I don’t know what magic you are doing here, but I’d like to be part of it; I recognise the faces (of my team) but are these really our officers?  Let what’s been learned this week not be wasted.”

The visit focused on supporting the coaching team in training prison officers. They were equipped with basic coaching skills and learnt the core models used on the programme, to help them support the women as they go through Spear and prepare for their release.

Spear itself launches with the inmates this week with the aim of changing mindsets and giving women the skills they need to rebuild their lives on release.

Five days of training culminated in a graduation event for the officers, at which each spoke about what they had learned. The event was hosted by Clean Start and invited guests included supporters and donors, as well as high ranking officials from the Kenya Prisons and Probation Departments. Guest of honour was Government MP and Woman Representative, Hon. Esther Passaris, who gave a commitment to find funding for girls in prison to do Spear.

Teresa Njoroge, Co-founder of Clean Start and former inmate of Langata prison remarked, “It’s crucially important to bring all sides together in order to achieve holistic reform within the criminal justice system. It was a transformational experience to see the Prison officers at Langata Prison embrace executive coaching techniques, which they’ll use alongside the Clean Start coaches to change the lives of women and girls for the better, enabling them to live independently and sustainably. We are thrilled to partner with Resurgo to shine a light in the darkest corners of human experience.”