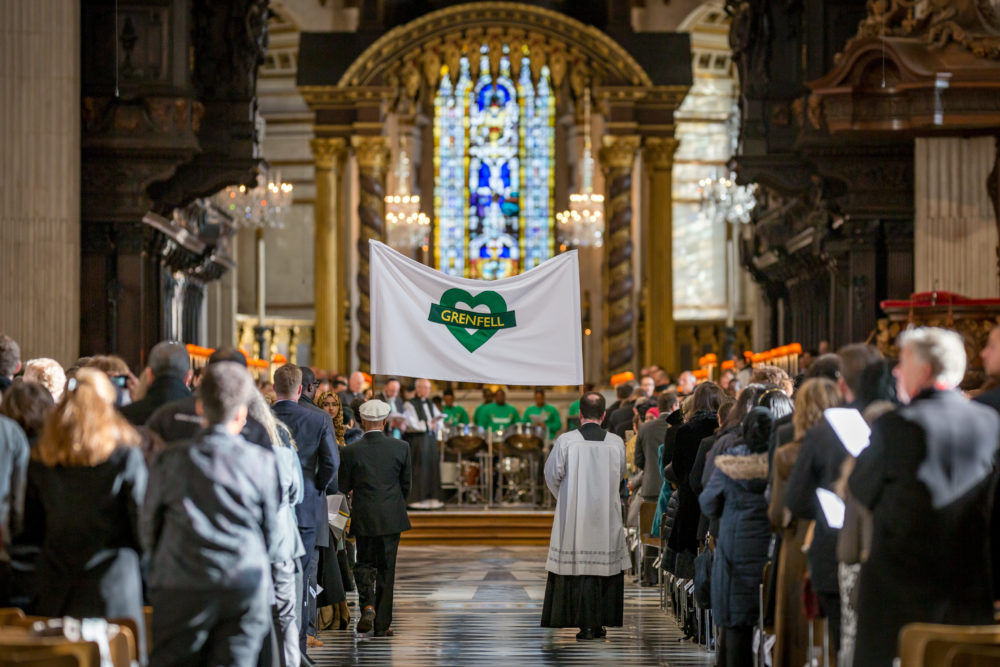 Resurgo Trust has been privileged to play a supporting role in the Grenfell National Memorial Service at St Paul’s Cathedral today.

Acting as Adviser to the Bishop of Kensington, Rt Revd Graham Tomlin, Resurgo’s Chief Executive Tom Jackson helped coordinate the Cathedral’s response to the tragedy, including liaising with the local community in North Kensington to plan the service.

More than 1,500 people attended the service to remember those who tragically lost their lives in the fire six months ago, including families and friends of those who died, as well as survivors from the Tower. Representatives from diverse parts of the community attended, including from local community and faith groups.  Also attending were Their Royal Highnesses The Prince of Wales and The Duchess of Cornwall, The Duke and Duchess of Cambridge, and Prince Henry of Wales. The service was live-streamed at al-Manaar mosque and the St Clement James Centre in North Kensington.

The service included hymns and music representing different faiths and traditions from across the community. Green paper hearts, the symbol of Grenfell, were scattered inside the cathedral, and the bereaved left in silence carrying white roses.

Graham Tomlin, Bishop of Kensington concluded his address with these words: “My hope, my prayer is that today we will pledge ourselves to change – from a city where we didn’t listen, where we didn’t hear the cries of our neighbours because we were too wrapped up in our own interests and prosperity, to create a new type of life together, where we are turned not inwards to ourselves, but outwards towards each other.”

Tom Jackson said, “It has been a privilege to support the Bishop of Kensington in this service and to play a small role in standing alongside the bereaved and wider community on this significant and deeply moving occasion.”