Miranda’s ‘What I call’ Charity Night for Spear 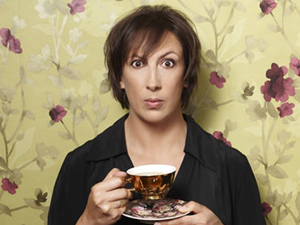 We are thrilled that Miranda Hart chose March 13th as the night of her ‘My, What I call, Live Show’ UK tour to support Spear, one of Resurgo’s main initiatives.

Miranda has been a patron of Spear, an employability course for 16-24 year olds, since 2012 and generously offered to promote the work that Spear does during her show at The O2 to an audience of 20,000.

Just before the interval she introduced and showed a short film featuring three Spear graduates. The film featured Laura, who left school without any prospects and couldn’t be bothered with life, Damaris, who got kicked out of school and became a Dad at 16, and Abigail, who struggled with depression. You can watch the film here.

The audience were also invited to make a donation by text.

Miranda said “I am honoured to be a patron for Spear. For me, there is nothing more important than encouraging young people to achieve their potential and giving them confidence to go for their goals.”